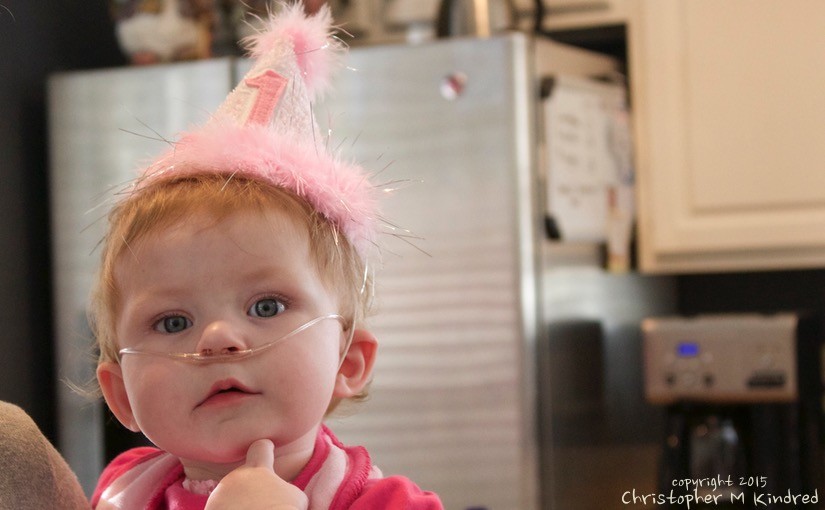 It is time to share my 2015 goals. I figure if I share them with you, then you will hold me to them.

One of the things I loved about doing the Post a Day was that it forced me to do something different and out of my comfort zone. I think posting once a week will do the same thing. Each week I am going to release a post on Thursday. Hopefully there are others during the week but Thursday will be the main post each week.

I am also going to start focusing a little more on the images that I post. I have been slowly learning more about photography and want to be able to use this platform as a place to showoff some of that as well. I have joined a Facebook group that does a weekly photo challenge and will be posting to that each week as well.

Schedule Time with the Family

Last year I had a lot going on with work and trying to get to all of Isabel’s doctors appointments. This year I want to set time to spend with my family. I know it sounds silly to “Schedule Time” but what I really mean is to set time aside away from my phone and computer to spend quality time with the kids and Jen.

I want to set time aside to go visit family as well. It was great to see family during our move and it made me realize that it had been too long. One of the things going back and forward to doctors has made me realize is that my job allows me to travel and still get things done. We should take advantage of that more often. This year we are going to schedule trips to Oklahoma and Texas to see family.

I haven’t spent any time working out since football back in college. I am going to eat a little better and get back down to a weight that is easy to manage and allows me to spend more time running around with the kids. It was a little ridiculous to run the bases during softball last year and feel like I was going to die just getting from first to second. I am starting off the year at 216 lbs. When I was at NAPS I weighed 175 lbs. I would love to get back down to that but realistically I would be happy to be down to 185 lbs.

Living in Crested Butte, I had trouble finding a church that I fit in well with. Now that we are in North Carolina I want to find a church that my family and I can go to and participate with consistently. I have always wanted to find a good Bible study group to join and just haven’t made the time or effort to do so. I have been trying to finish the Bible in a Year reading plan for two years now. This year I is the year that I am going to get through it.

Now that I have set my goals, How do I make sure to keep them? That is always the problem. Does anybody have any good suggestions for making sure I keep up with my goals this year and not let them slip out of site? Leave a comment below with your suggestions.

2014 tested me in every way possible. I have learn more about myself in the last 365 days than the last 30 years.

There is a long list of thank you’s this year but I wanted to start by thanking my wife. It would have been impossible to make it through this past year without you. I have full faith that there isn’t anything that can keep us down. I love you.

I have had a lot of family say that they really liked the Post a Day series I did back in May. Thank you for the encouragement and support from all my family and friends. I think I have figured something out that will let me post a little more this year.

My family and I moved from Crested Butte, Colorado to Jamestown, North Carolina a few weeks ago. What better way to cap off our year than moving during the holidays right? It was difficult to leave but we really needed to get closer to family, doctors and to a lower altitude for Isabel. I am going to miss all of the amazing friends we made while in Crested Butte. You helped my family and I though the hardest time of our lives and we couldn’t have asked for a better group of people to lean on.

Thank you to everybody that has read and commented on this blog and followed us through Isabel’s Facebook page.

It is impossible to list out everybody that has helped me though the last year. I thank god every day that I have such wonderful family and friends to help my family and I at a moments notice.

I am looking forward to sharing more with you in 2015.

This is the last post for the Post a Day in May challenge. It has been a really fun experiment and who knows, I might try it again sometime. The hardest part was trying to figure out what to write about some days. Thanks for the encouragement and for reading all the posts over the last month.

I am not going to be posting as often as I have been over the last month. I am planing on taking a break for a few days and then hopefully start posting about 3 times a week. There is still a lot to share about Isabel’s birth and I think this is a great way to keep people posted on her progress. Thanks again for putting up with all the post over the last month!

It's another fun day Friday. I wrote something really long so I don't mind throwing up some pictures for you guys today. Here are some of the pictures Jen and I have been taking with the new camera.

It’s another fun day Friday. Yesterday, I wrote something really long so I don’t mind throwing up some pictures for you guys today. Here are some of the pictures Jen and I have been taking with the new camera. Also, I started using my flickr account again to have a place to throw photos I have taken. There isn’t much there yet but go check it out anyway.

It is connected with Parkinson’s infection (11)

As a dad there are certain things that I need to teach my daughters before they are old enough to be on their own.

For those of you that don’t follow the crazy Internet news, there is a new hashtag trending called #YesAllWomen.

To quickly explain, #YesAllWomen is a way for women to tag their posts, updates, tweets letting people know what all women have to deal with. It started in response to Elliot Rodger’s killing spree where he posted a YouTube video blaming the “cruelness of women” for his actions. He basically said that because girls wouldn’t give him a chance he was a going to have a “day of retribution”. You can read more about it on this CNN article.

As a dad there are certain things that I need to teach my daughters before they are old enough to be on their own. I use the word daughters because the only children I have are girls but this would apply to any boy as well.

There are many things that can be solved by showing everyone the level of respect that you demand back. Always say yes ma’am and yes sir. Always look a person in the eyes when you shake their hand. It doesn’t matter if they are twice your age or half your age.

Be Aware of What Around You.

Bad things happen in bad places. That is just how the world works. That doesn’t mean they can’t happen in good places but statically the chances are smaller. I will always drop everything to come get you no matter where you are.

It doesn’t matter if you are at a Bar, Frat Party or hanging out with friends. If you set your drink down and walk away from it, get a new one.

Stereotypes Exist For A Reason

Always Have an Exit

The very few people that know I do this make fun of me for it. When I am somewhere I have never been before I am always scanning the area for the exits. When I get to a restaurant I have never been to the first thing I do after getting seated is go to the bathroom. When I walk to the bathroom I scan the area. I see what food looks good. I notice where the two or three extra emergency exits are. I know this sounds silly but it has saved me multiple times and not just from ordering garbage. This doesn’t apply just to physical exits either. On a first date, have a polite way to leave if you are uncomfortable.

I think #YesAllWomen is a great way for women to bring to focus what they have to go through. I don’t want my daughters to have to deal with any of the things I have read on Twitter or Facebook. I also would’t want my son to have to put up with a lot of the things guys do on an everyday basis either. #YesAllWomen brings both of these out into the open and if it can even help make a single person rethink what they say or do in the future then I am all for it.

Some people suck, some people were not raised based off the “Golden Rule”. It is something we have to deal with as a society. Just because one guy treated a girl like trash doesn’t mean all guys are that way. Just because one girl treated a guy like trash doesn’t mean that all girls are that way. That is just the way the world works.