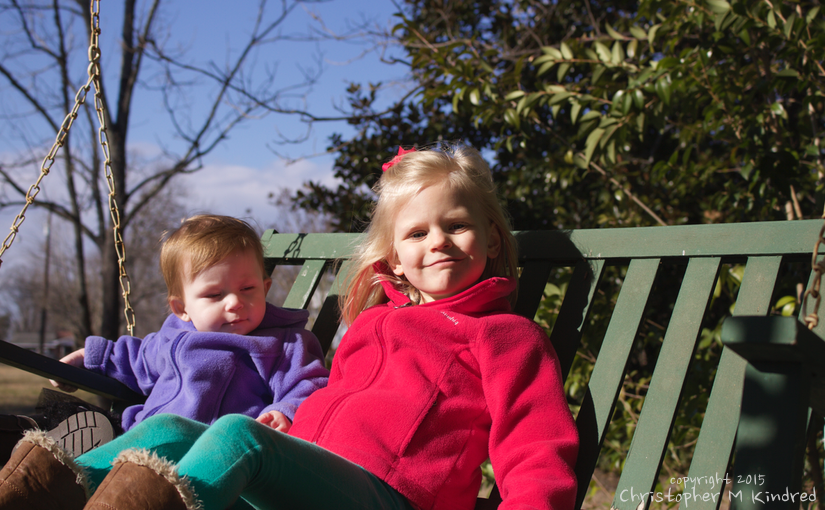 Last weekend we went to my Grandparents house in Smyrna, South Carolina. I haven’t been their in over 15 years. When I was growing up we used to pile into the car for 16 hours from Houston. I hated the drive but I always loved spending time at my Grandparents “Country Home”.

I had a lot of fun showing Jen and the girls all the neat things around the house. My grandfather had multiple gardens that I would point out, even though they are just grass fields now. The different sheds were still filled with all the old junk he would save because you never know when you might need it. My grandfather died my sophomore year of college. This was the first time I had been there since his passing. My dad was driving down the street and told me that were were going to see the church my parents were married in and the same place I was baptized in. I didn’t even realize that it was the same place that my grandfather was buried. I walked back to his gravesite with my mother and It was a much more emotional walk then I thought it would be. There are a million things I wish I would have gotten to talk to him about as an adult. He would tell us stories about his life but I was too young to pay attention and learn like I could now. So many questions I would ask him… I am sure that is the same thing everybody thinks when they have lost somebody. I have been lucky enough to not have to go through it much, but I also realize as I get older that is going to change.

On a happier note, it was a great trip. More emotional than I thought it would be when we headed out that morning, but we got some good pictures of the girls and I was able to share a little bit of my childhood with my family. I haven’t gotten all the pictures together yet but will post them when I do.

3 thoughts on “A Family Trip”