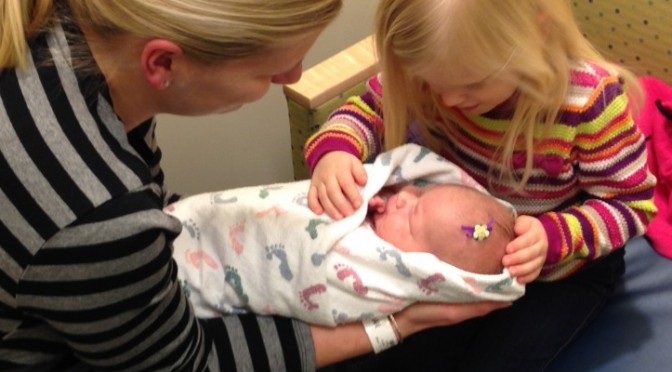 If you missed any of the previous posts about Isabel’s birth you can check them out here:

Over the weekend we had multiple doctors letting us know the different options for surgery. Jen and I decided that we would have enough time to have Addison and Mamaw PJ come spend a day or two in Denver before the surgery. This had been the longest Jen had been without being around Addison and we both missed her a lot. We were told that they were scheduling the surgery for Friday, January 10th at 7:30 am.

Mamaw PJ and Addison arrived in Denver on Monday and we were able to spend some much needed time with Addison. We were even able to go through our normal bedtime routine Monday evening. It was really nice to have something kind of normal go on for once in over a week. On our way home from lunch Tuesday afternoon we received a call from the hospital. They had a surgery get canceled on Wednesday and they needed us to get all the paperwork filled out so that Isabel’s surgery could be bumped up to that spot.

When we got to Isabel’s room there were doctors waiting for us. Each doctor that was going to be involved in the surgery came into our room and explained their part and made sure any questions we had got answered. Also, since it is a teaching hospital there were a few of the doctors asking if Isabel could be a part of their study. I have always believed that as long as the study doesn’t require any extra procedures then I am fine with it. Who knows, maybe the data they learn from Isabel would help save somebodies life or maybe even her life in the future. The last person we talked to was the surgeon. Like every surgeon I have ever talked to, he was quick and to the point. He said that he had 3 different types of procedures he might use. He wouldn’t know exactly which one he will be doing until he can see exactly what her heart looks like. He made sure to explain that one is not better than the others and that he would perform the procedure that works the best for her anatomy.

During the winter months the hospital doesn’t allow little kids in the CICU because of the risk of spreading flue and other winter time viruses. Since Isabel was going into surgery the next day, we talked to our nurse and they worked out a way that we could take Isabel out of the CICU so Addison could spend a few minutes with her sister. They allowed us to get Addison into a private waiting room just outside the CICU where she was able to see and hold her sister for a few minutes. It was wonderful and we were very thankful to the nurses for letting our family be together for a little while.

They took Isabel back around 7:30 the next morning. It was a very scary time. We loved on her for a while before and then watched them take her down the hall and through the surgery doors. It was an emotional time sitting in Isabel’s room empty room and not knowing what could happen.